Product Description Shipping Information Why Buy From Us

For use 3.5gal pails. Only available with purchase of a Camelina product.

Why Buy From Us

Thank you for submitting a review!

Your input is very much appreciated. Share it with your friends so they can enjoy it too!

I have been using Camelina oil for about 6 months now ….my senior Arab mare has been a hard keeper for the last 7 years or so. She got to the point where she was looking like a neglect case but her bloodwork was ok and I was feeding her more than I was comfortable. She’s been on the Camelina Oil for the last 6 months and she looks better than ever! I had a friend come by that hasn’t seen her since we started ….she can’t believe how great she looks! Happy customer and I am getting ready to order another now!!! This stuff has really saved us!

I can not believe the change in my two older horses . I usually have to give bute for arthritis and pain however with using camelina I have not had to give any extra medicines . My horses are feeling wonderful happy and healthy we are so thankful for your product !

I have a senior horse and recently started her on Camelina Oil. Still waiting to see the major changes but she’s looking good so far. 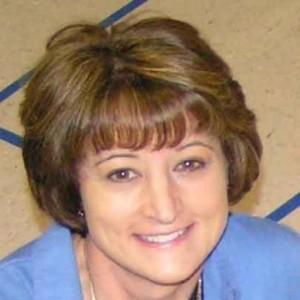 It did take months to see the weight increase, but hang in there- it’s coming! We slowly continued to increase my horse’s dose until he started to round out. He is slick and happy! My only wish is that the pump would not drip after using. We have to put a pan under the pail and pump to catch the drips.

Just began using Smart Earth Camelina Oil a few weeks ago. My horse was overweight for a while & recently lost ~100 lbs at the urging of my veterinarian. His diet had consisted of mostly alfalfa hay because he prefers it, but with a rise in prices, I have gradually added coastal hay & that has helped to control his weight. He gets a pound of a ration balancer (not grain) 3 times a week and the Oil is added to that, along with another supplement and some loose salt. I had to cut the amount of Oil at first for palatability, but he seems to have adjusted to the full dose now. He’s not getting it every day, though, because of his previous weight problem, so results are not dramatic, but he does seem to have a better demeanor and is even-tempered. Coat quality and muscle tone look great. He has good energy, is responsive, and his feet are in very nice condition. My miniature donkey occasionally gets a little bit of my horse’s ration, too, and she loves it. I have to be careful with her diet, though, because of her history of laminitis before she came to me 18 months ago. We are still working on her feet - they look ALOT better than before and I am pleased with her progress. I hope to see more changes over time, but I am very satisfied thus far. Thank you for a helpful product!

I bought a 3.5 gallon container after reading all the reviews. My 31 year old Anglo Arab mare was dropping weight, lost her top line, and to be blunt, I didn’t know if she would be around long enough to finish the container. I didn’t buy the tub pump, so truthfully, I just poured a good amount into her senior ration and prayed. She didn’t really care for it at first and would flip it out on her token flake of hay that she barely touched. Overnight, she got hungry and she cleaned up all of the senior ration and picked through her hay to get all of it. This mare does have Cushings, so she had been getting pretty ‘llama-like’ for the past 3 years. Within two months she shed most of her coat. She gained weight and her hip bones no longer protruded. As winter rolled in, she did not drop weight and her winter coat looks more like her old normal. At Thanksgiving, I bought another tub with the pump on the Black Friday sale. I now have all seven of my horses on Smart Earth Camelina. It made that big of a difference.

Have struggled for a very long time to get the right combination of feed and supplements for my 20 yr old Morgan who has a severe case of PPID. Since starting the Camrlina Oil he has finally put on weight, improved coat, improved disposition, and improved hoof condition. Beyond pleased!! Thank you so much.

Camelina Oil was recommended for our 20 y.o. play day gelding. He was bought from a pasture 16 months ago. Pampering, needed weight gain, exercise and vet care has him looking really good and a great guy for our youngest rider. We felt like he could be even better though with his topline struggling and developing arthritis in his neck we needed more support. We're happy with the pep-in-his-step, great coat condition and optimistic for his body conditioning going in to colder weather.

I started my 23 year old Anglo Trakhener mare on Camelina oil in April this year. She was very underweight and her coat looked awful. Within 2 months she had put on a considerable amount of weight and her coat improved significantly. The most surprising thing that happened is she’s moving more like a 10 year old again! I’ve found that everything they claim about the benefits of this product are true, and would highly recommend it to everyone!